The original Arduino Spot Welder case has a separate fuse case to make it universally usable for direct mount to a car battery or use with a Lipo battery.

This design made by Vad-Z integrates the fuse inside and also has an XT30 connector integrated to interface towards the foot pedal. Its very nice for use wth a Lipo battery so i want to share it here.

The STL files are available to download from Thingiverse.

Originall intended by the designer is the use of the following materials: 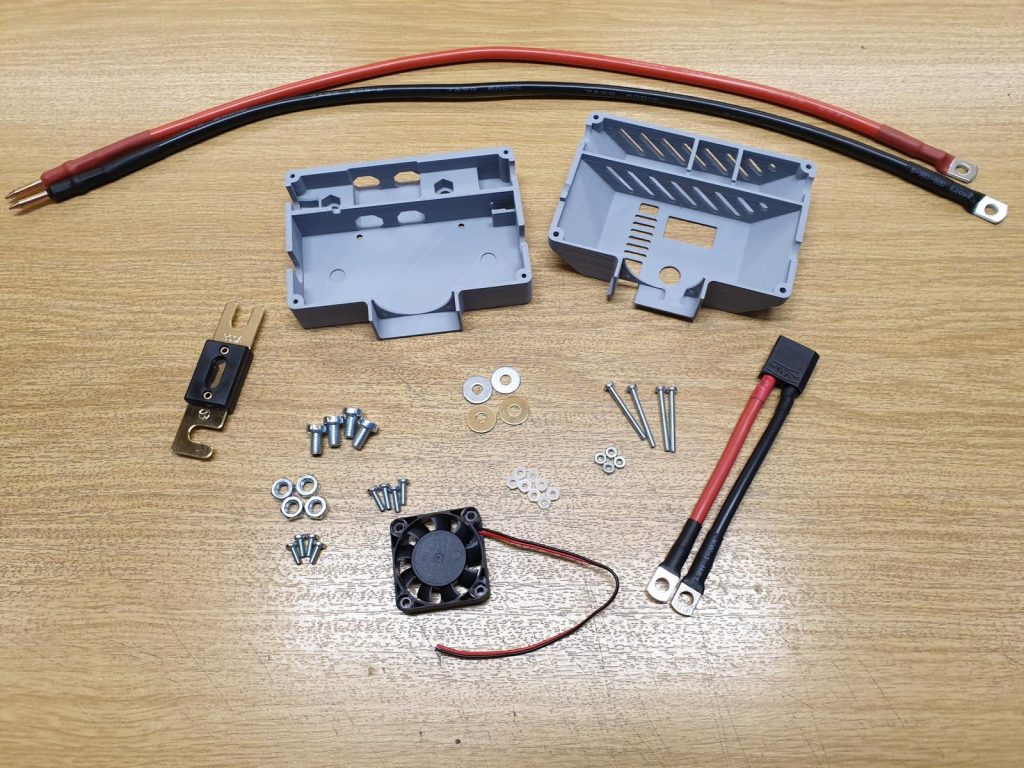 I did not have all the required materials on hand so i changed the assembly a little bit. What i used: 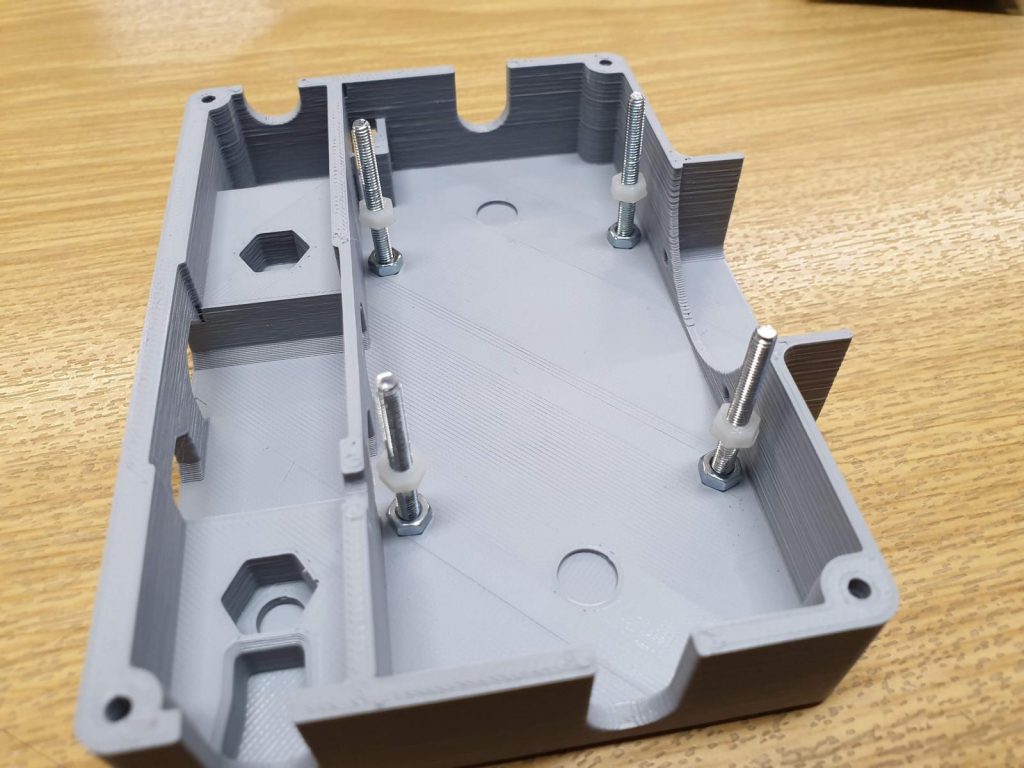 First the 4 M3x30 screws are screwed to the bottom half of the case with m3 nuts. These screws are used here instead of the spacers intended in for the design.

It would be better to use M3x35 screws, so the welder later sits flush to the upper shell of the top half of the case. But the biggest i had here was M3x30 screws.

Then 4 of the M3 Nylon nuts are used as a spacer were the prebuilt kit will sit on later. 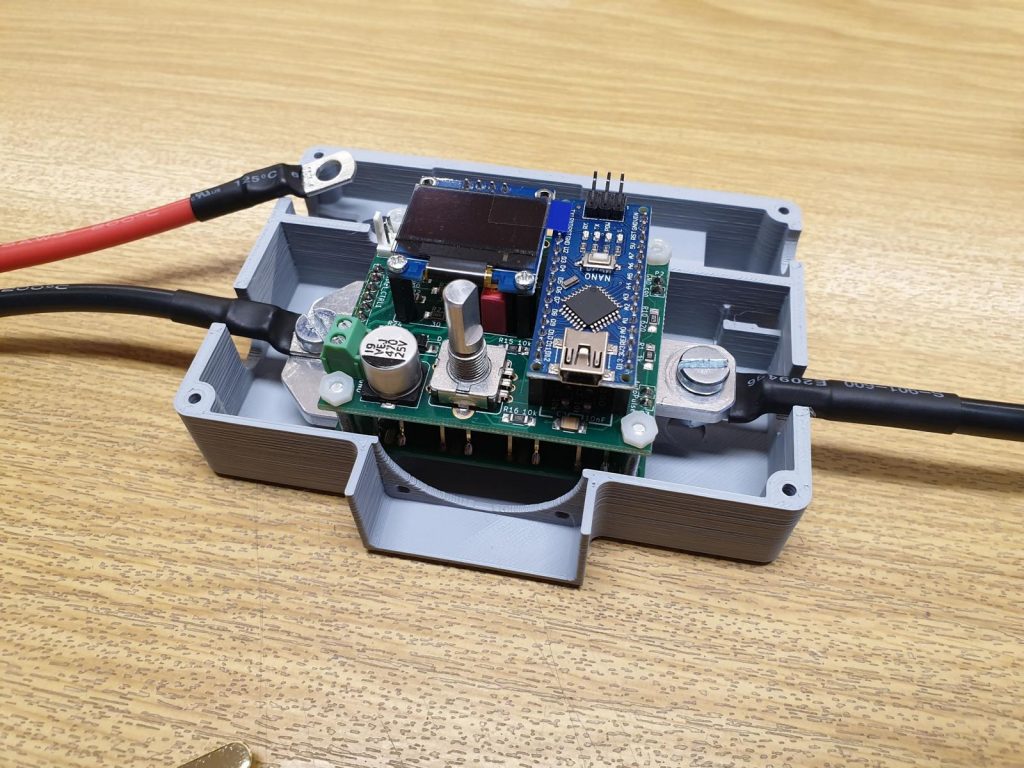 Now the prebuilt kit is pushed onto the 4 M3x30 screws. The screws should just stick out the top holes enough that 4 m3 nylon nuts fit there.

Also make sure you have attached the negative cable of the XT90 connector and the negative welding cable to the prebuilt kit before assembling it in the case. 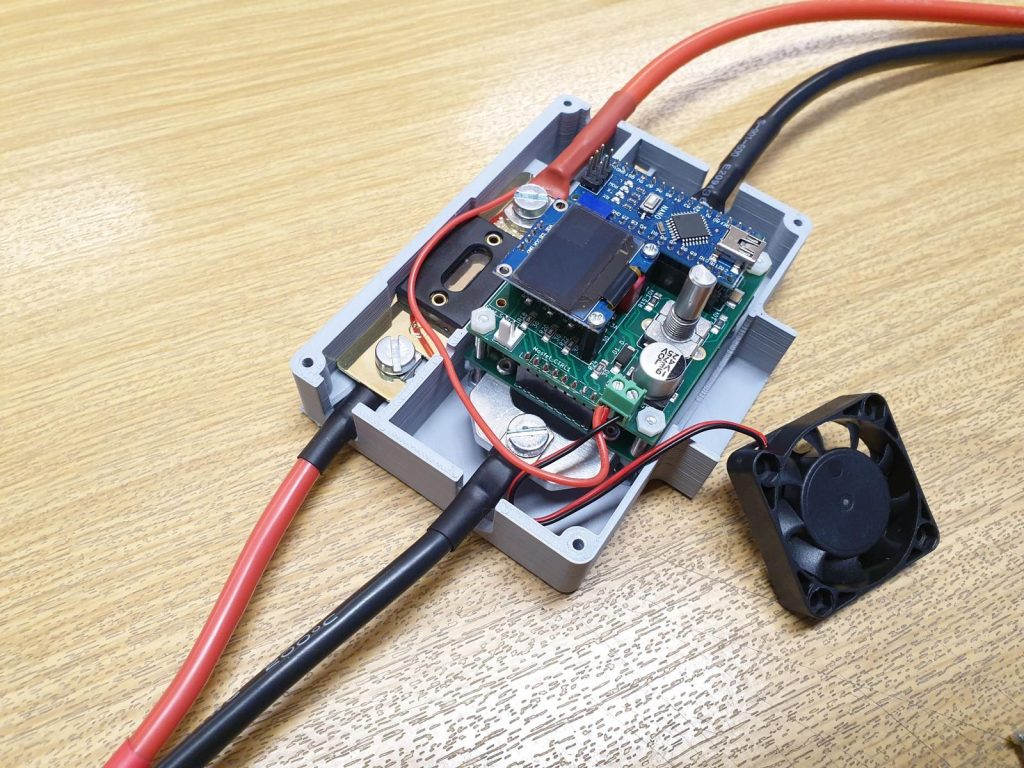 Next the fuse, fan, positive welding cable and 12v cable is added. I cactually mounted the fuse without washers because i did not have M6 washers available. Just M6x10 screws and M6 nuts are used. It holds ok, but would be better with washers.

I did not add the XT30 connector for the foot switch to the case because this welder will be used in auto mode only. 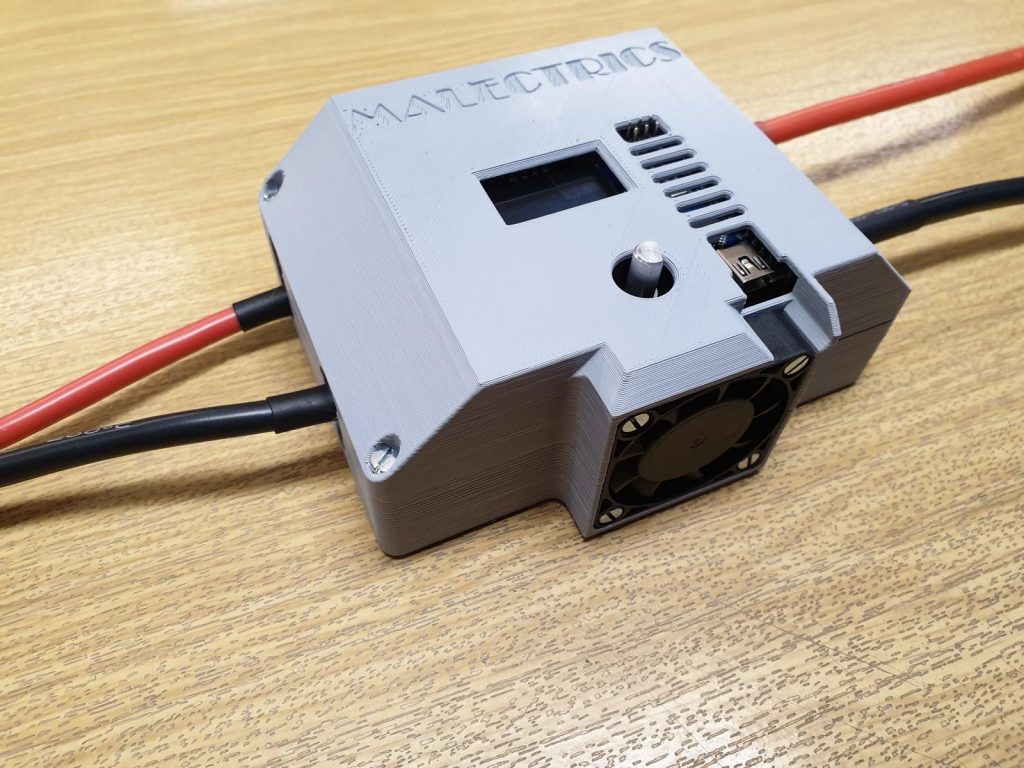 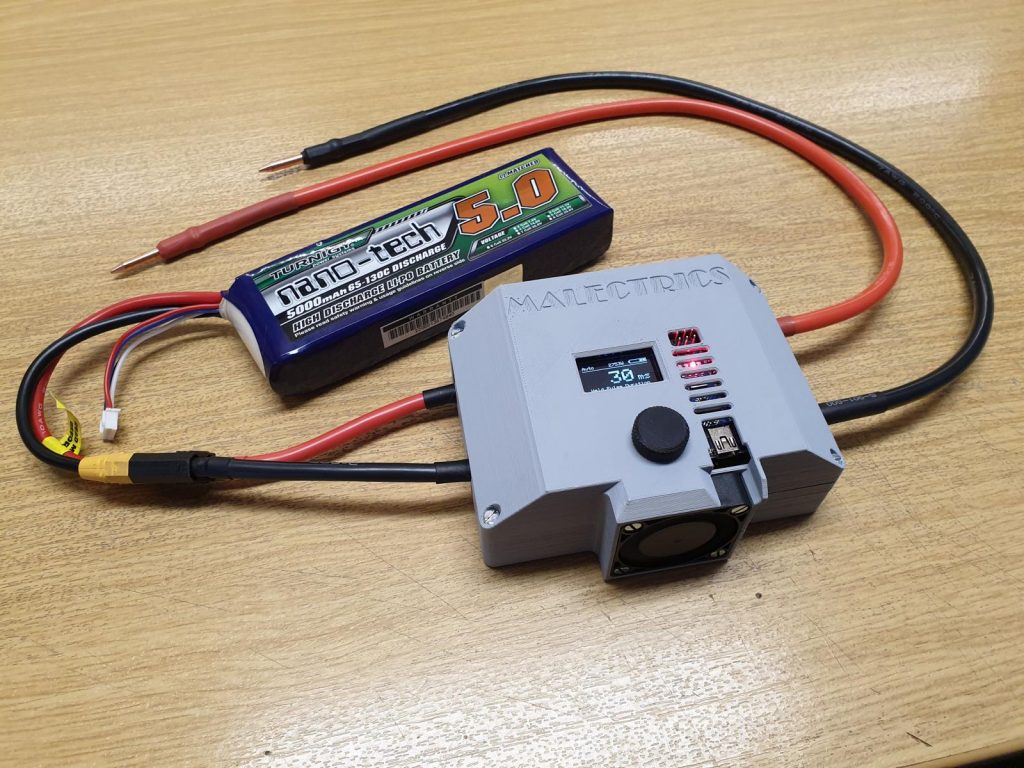 Finally the rotray encoder knob is pushed onto the rotary encoder shaft and then the case is ready.

The STL for the rotary encoder knob can be found here: https://www.thingiverse.com/thing:2600227